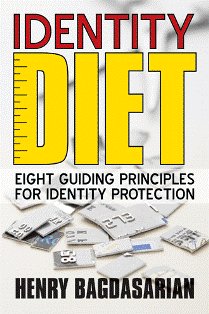 This article is about the theft of a dead boy identity which was abused years after his death by someone of about his age. An American boy who died at the age of three had his identity stolen and misused years later by a non-US citizen who applied for a US passport with the identity of the dead young boy. As you see, when a person dies, his identity remains active and vulnerable to theft and abuse unless death is properly reported to all appropriate organizations and agencies to prevent misuse. Some may say who cares what happens to an identity after the person is dead but unless the person is alone with no relatives and friends, the fact is friends and family care about the identity of their loved ones and may even be dragged into and entangled with a fraud case involving their dead family member or friend.

The identity of this 3 year old Ohio boy who was killed in a 1982 Cincinnati kidnapping was stolen by a Bulgarian man of about the same age years later and used to apply for a US passport. Apparently, the accused man came to the United States to attend high school and decided later to assume the identity of the slain boy. Surprisingly, the accused identity thief was a Liquor Control Commission Inspector in Oregon when he was caught during a passport application investigation.

This is a heart breaking story but identity theft incidents like this happen all the time. Detailed information were not provided in this reported news to conclude how the accused decided to commit this crime and went about stealing dead person’s identity. It appears that the identity theft victim and accused identity thief are of about the same age, did not know each other when they were young, and the identity was stolen years after the boy was killed.

A couple of questions are raised regarding this identity theft case:

It’s not only sad to read the story of a little boy who was killed when he was only 3 years old in a kidnapping gone wrong, but it’s even frustrating to see the dead boy's identity abused for so many years after he was killed. When a loved one leaves this earth, make sure death is properly and timely reported to the Social Security Administration and place a credit report freeze to stop any misuse of personal information such as opening new accounts, modification to various information such as changes to name, date of birth, address and other information, or applying for a State job such as in this dead boy identity theft case.