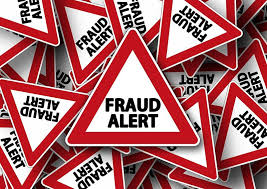 When planning an identity protection strategy, fraud alert benefits must be considered however, they must not be exaggerated.

When the laws were updated to allow consumers place fraud alerts on their credit reports, their purpose was to prevent further damage from suspected or actual loss or theft of personal information. The key words here are suspected and actual. Consumers who suspect they might potentially become victims of identity theft due to a related special case such as when a wallet is lost could place temporary fraud alerts which is good for one year (previously was 90 days) until they resolve their identity theft risk such as replacing their lost credit card. On the other hand, consumers who have actually become victims of identity theft and have formally reported their identity theft case to authorities, may place an extended fraud alert to prevent further losses and damage to their identities.

Preventing identity theft and further identity damage were the primary purpose of the consumer fraud alert laws. However, as these laws started to be abused by identity protection companies which offered automatic placement and periodic renewal of fraud alerts on consumer credit reports, these laws started to lose their effectiveness as creditors did not take them seriously. With the introduction of this new business which offered automatic fraud alerts even if there was never an actual or suspected identity theft case, every one who signed up for an identity protection service was suddenly a potential identity theft victim. Although, the laws were created with a good and honest purpose, and even though the extended fraud alert is still a good idea, the initial fraud alerts have lost their effectiveness.

As mentioned, fraud alerts are misused these days and start to lose their value and benefits as the abuse continues for the sake of business profits. Although, long term fraud alerts can be placed on credit reports based on reported identity theft facts, initial fraud alerts which can be renewed periodically are routinely placed on credit reports to warn creditors of potential identity theft risks whether or not the person has any indication of potential identity theft. This practice reduces the fraud alert benefits as we will explain shortly. When considering the protection of an identity, there are many fraud alert benefits that should be carefully considered, however, fraud alerts also present limitations for an effective identity protection strategy.

To ensure maximum fraud alert benefits and effectiveness, they have to be placed only when personal information is lost or stolen and can potentially lead to identity fraud. In addition, although creditors have a vested interest to ensure they get their money back, the laws must force them to verify the identities of those who have placed fraud alerts. Most of the initial fraud alerts placed on credit reports today are not placed because consumers are either victims of identity fraud or suspect of becoming one based on facts. They just place the alerts because a company promises them full protection backed with a million dollar identity theft insurance while the laws are abused for the sake of business.

Consumer credit fraud alerts have many benefits and can be very effective for protecting an identity but they must be used responsibly while creditors are forced to take them seriously and act upon them before extending and granting credit.