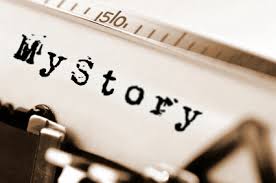 Identity theft affects people in more than one way and one of them is the emotional impact on the victims beside all the mess the identity theft victim has to deal with, both financially and credit wise.

I still remember when my wife and I became victims of identity theft many years ago. Someone had gone shopping with our credit card, at multiple locations, within our neighborhood. The strange part was that we were still in possession of our credit card. Apparently, the criminal had used our personal information to create a counterfeit credit card to purchases a few large amount items. The total fraud was around $2000 when we caught it and I think the fraud would have continued had the bank not detected the ongoing fraud through their sophisticated fraud detection systems.

Nowadays, criminals are very sophisticated when it comes to stealing and using others' personal information. They seem to always be one step ahead of the rest of us. We were emotionally devastated when we became identity theft victims and my wife was very scared. We truly felt the identity theft affects and consequences. Although the total amount charged to our credit card was $2000 when the bank detected the fraud, the scary part was not knowing what else is yet to come. One of the mysteries of identity theft is that once your personal information is stolen and fraud is initiated, you really don't know what's coming next or whether the fraud is fully going to stop even after you detect and stop the particular fraud. For example, given our specific case, how do we know what other identity component was stolen which can be misuse even after we detected and stopped the credit card fraud. The answer is you never really know and you have to be even more diligent through identity monitoring after you detect fraud.

Luckily, in our case, the credit card company detected the fraud case soon enough and contacted us to confirm and stop the progressing fraud. The bank cleared us of all charges upon conclusion of their investigation which lasted about a couple of weeks, and we started fresh with a new credit card number within a reasonable timeframe.

The police was notified by the credit card company which also contacted us to follow up, but we had never filed a police report after the bank notified us. This is a big mistake now that I think back. Although, we were lucky enough to detect and stop the fraud with the help of the bank, a police report would have been necessary for record keeping and proof of innocence in case of dispute with creditors.

Educate yourself to avoid the negative identity theft affects and consequences.