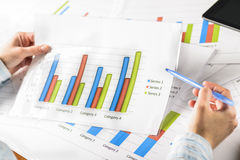 Last time the Federal Trade Commission (FTC) issued identity theft statistics were based on a survey that the FTC completed by interviewing a total of 4,917 US adults ages 18 and older. These interviews were conducted between March 27 and June 11, 2006. The FTC maintains and reports on unverified consumer complaints in its Sentinel Network Database which you can access at the end of this article but the statistics published as a result of the survey are real and still valid today.

Interestingly enough, the identity theft statistics had also some good news revealing that the average fraud amount stolen by the identity thieves was reduced in 2006 when compared to 2003 from $4782 to $1882.

In total, the identity theft statistics revealed that 58.9% of all victims experienced the misuse of an existing credit card. A total of 48.6% of victims experienced the misuse of existing accounts other than existing credit card accounts. This identity theft trend continues to confirm my assumption that consumers are more in control of their identity protection than they think they are and by just monitoring their account activities and receiving timely account alerts regarding their account transactions, they can reduce identity theft risks and related costs by a huge margin.

Most victims find out about the misuse of their personal information within one week. Most often, the discovery of fraud related to existing accounts is much quicker than new accounts. This is partly due to the fact that existing account fraud detection is must easier and convenient if consumers can be educated enough to apply easy and free fraud detection strategies. On the other hand, since unauthorized new accounts may involve change of address, fraud detection may be delayed. Please note that statistics on identity theft provide clues that the cost of identity theft is also much less when fraud is discovered, reported and stopped sooner.

In the case of victim relationship to the identity theft thieves, most victims do not know the thief or how they obtained their personal information however 16% of thieves may be family members, friends, neighbors or even in-home employees or personal service providers.