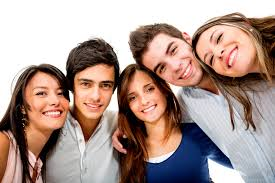 In this article, we discuss the millennial identity theft risks and propose a few actions to help the Gen Y which includes students to protect themselves against identity theft. There are good reasons why youngsters are at a high risk of identity theft similar to other categories of our population which will also cover.

The identity theft protection book titled Identity Diet has stated that both consumers and businesses become identity Obese as they collect, retain, and share an excessive number of personal items and data which they also fail to protect throughout the “Identity Lifecycle”. These are some of the terms that readers of the book remember as they start to understand the identity theft crime.

Identity Diet proposes 8 identity theft protection principles and many steps that people can adopt to prevent, detect, and resolve identity theft. These actions are collectively called “Identity Diet”. One key area that some people must be aware include that fact that identity thieves often target those who are not concerned with identity theft and can not protect themselves. These include students, elderly, disabled and even deceased persons. Of course, those individuals who are financially well off are also big targets due to the value that their personal data offers to identity thieves. Knowing that identity theft affects in average of 10 million people per year, it's a matter of time before students and millennials face challenges securing a loan or renting an apartment if their identities are stolen and go undetected for a long period of time.

Specifically, millennials place themselves at more risk because they completely trust online services, security of devices, and online identities also called digital identities. In a chat room or other social media sites, a young girl could actually be an old man or a person claiming to be in the US may actually be in the  far corners of the world. If millennials maintain the attitude that identity theft can’t happen to them or if it happens, who cares, they should think twice. A ruined credit report can last for years before it is repaired and a bad credit report can prevent them from getting a scholarship or student loan if they can’t prove that they’re victims of identity theft.

Identity theft can happen to a person of any age or status. It doesn’t matter if a person is 5 years old, 90 years old, or even deceased. In fact, the less suspicious and helpless they are, the better targets they are for thieves because they don’t monitor their identities to detect sign of identity theft.

Some of the ways that millennials can protect themselves include:

a. Don’t open too many online accounts

c. Choose strong passwords so they can’t be guessed

d. Freeze your credit reports if you can afford it

e. Don’t share personal information on social media. Some people mention their dog's name in chat rooms which is often their password for some accounts. Or, they mention when they go on vacation, announcing to the world that the apartment open to strangers.

f. Shop on trusted and secure websites and don’t accept to store your credit card information for future use.

g. Don’t trust online identities unless you have directly confirmed who they are

h. Learn how to identify phishing scams which target people with pretexting to steal their information which can then be used to access their accounts.

i.  Never click links in the emails unless you confirm directly that it’s sent by someone you know.

j.  Monitor your credit report. It’s free and mandated by the government. Go to www.annualcreditreport.com

Identity theft doesn’t just happen online although since millennials spend most of their time online, it is a big source of targets especially since potential victims don’t see the criminals.

Identity theft can also happen with stolen credit cards and documents. Again, carrying excessive number documents in the car, wallets, or purses unnecessarily can lead to identity obesity and increased risk of identity theft. In a recent newspaper story, it was reported that a woman left all her credit applications and purse in the car to get a quick coffee. While shopping, she received a text message for the bank that her credit card was used nearby and asked her to confirm the transaction. She soon realize that the credit car was left in the car and when she returned to the car, windows were broken and all her items were stolen including SSN in the loan application, ID, credit cards.

Take all the available precautions and protect yourself.