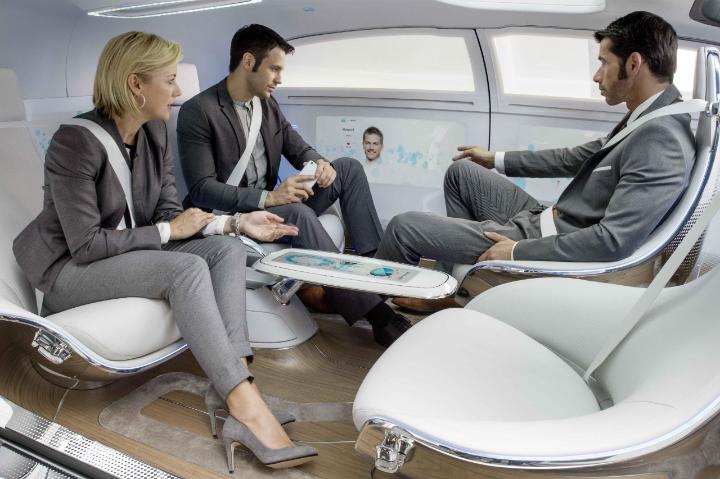 Every indication is that we are headed toward self driving cars. Already cars are running on so many computer programs that even certified mechanics are scratching their heads when they have to perform simple tasks like resetting the engine maintenance light.

On the automaker and auto transportation industry front, Uber has recently mentioned a smooth transition to self driving cars and although Google has indicated no interest in manufacturing self driving cars, it has hired a self driving car expert to lead the technology who has said “self driving cars could save thousands of lives, give people greater mobility and free us from things we find frustrating about driving today”. I think that he is referring to traffic and drunk drivers as frustrations we all face.

Like I said, all indications are that we are headed toward self driving cars. Even Germany as a current leader in car making recently stated a desire to lead the self driving, automated, and networked car industry. With expanding computer programs built into our cars and a vision by many automakers and car transportation companies to lead the industry with self driving cars, the transition seems inevitable.

As we cherish the benefits of automated cars, we can say good bye to the following:

Although self driving cars will offer many benefits, they might also add more to our plate and worries. For example, Jeep recalled 1.4 million Jeep Cherokee cars when researchers hacked into its Uconnect radio and put it into a ditch. Or, a lack of basic encryption was found to allow hackers to unlock the doors of BMW cars including Rolls-Royce and Mini.

The amount of time that we may spend to resolve these new types of issues by going to the dealership or waiting for them to fix or patch the program may not be any more than the time we spend today or wasted pre-automated and networked car era to deal with our car problems. In addition, hacking computer systems is not cheap and takes time and resources. In other words, it’s too early to say how our productivity or security will be affected as cars become more automated, networked, or even self driving. But the stakes could be higher when car programs are hacked or when the car radio signals are eavesdropped.

That said, recalls and software upgrades to patch fixes may take time and affect your productivity while you wait.

Below is a list of self driving car security issues

We have to remember that even if someone else’s car is hacked, that car can still put us at risk. But, some may argue what about airplanes. They are almost entirely automated yet we never think about hackers when we board airplanes. My counter argument is that I may ride the plane just a few times a year but I ride my car everyday with millions of other cars.

Data protection is also a major concern for automakers. For example, the Nissan CEO, Carlos Ghosn, who is also the President of the European Automobile Manufacturers Association has said that “data protection is an issue automakers take very seriously”, while, according to a recent survey in Germany, only 34% of the consumers surveyed agreed that data about the vehicle, driving behavior, and location are collected. But as we move toward full automation including the ability of  cars to make purchases, we must agree that the amount of data collected by cars will increase and drivers may be more willing to share personal data to avoid accidents, and help investigate crimes.

The principles of data protection will not change dramatically as we move toward full automation. We will still be able to protect data with traditional approach in an automated world such as limiting the retention period for data collected and stored by cars.

As far as consumers, the polls indicate that they are not ready to surrender control to car computers just yet but carmakers know that consumer resistance can be lessened with marketing and advertising as we have witnessed with other new technological advances and offerings where consumers were slowly convinced that the risk of new technology is worth the benefits gained from them.