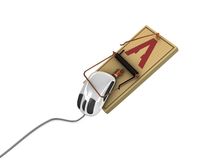 In the world of criminality, victimabe pronounced as victim-a-be is a new term that I thought about and started using to describe a potential crime target who is about to become a victim of criminal acts or victim-to-be. In particular, as it relates to identity theft and fraud, criminals are very persistent at targeting individuals who are good candidates to fall for their scams and either share personal information or give away money. In one case, I was reading about fraudsters targeting seniors consistently often calling their targets multiple times in one day asking for either a copy of any photo ID like a driver’s license or passport or a small amount of money in exchange for a large sum of refund money.  I suspect that criminals always a have a plan B in case their plan A fails. For example, if a person is hesitant to give away a small amount of money for a bigger prize, then criminals ask for a photo ID to commit identity fraud. In either case, the person is ripped off whether directly or indirectly.

A typical victimabe is someone who is less suspicious and knowledgeable about the latest scams and thus is about to become a victim very soon because of constant attacks from scammers. Although some of us may be able to escape the attacks perpetrated by criminals who have limitless creativity when it comes to committing fraud at the expense of the most vulnerable among us, others may not be able to escape the most convincing criminals. If you have been a victim of prank calls or just listen to recorded prank calls made by some radio stations to entertain their listeners, you notice how convincing the prank caller is and how easily the prank call targets fall for the act. Although the radio prank calls are innocent and the caller identifies himself at the end of the prank call, scammers are not as nice, however, they have the skills and determination they need to convince their targets to do whatever it is that they want them to do.

Certified Identity Protection Advisor (CIPA) professionals are trained to help consumers prevent, detect and resolve identity theft. Less people will become victims of identity theft if we continue to educate them although some may still fall through the cracks.