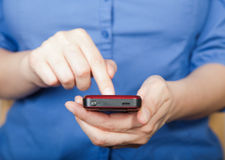 This article outlines some important smartphone theft statistics which must be taken into consideration by cell phone owners who are concerned about their phone security. The statistical conclusions of this article are the results of a survey conducted by IDG Research on behalf of Lookout cell phone security software company to collect information from victims of lost and stolen smartphones.

According to Kevin Mahaffey, co-founder and chief technology officer of Lookout "The reality is that one in 10 U.S. smartphone owners are victims of phone theft, and 68 percent of those victims are unable to ever recover their device after the theft occurred. This is an issue that is bound to keep growing." He also said in a statement that "While there isn't one single solution that is going to alleviate phone theft, the problem can be stifled with industry collaboration, technology and widespread awareness for how to stay safe."

Stolen and lost phones can not only result in some important and valuable data from never being recovered such as photos but also personal data can lead to identity theft and fraud. Cell phone protection tools and backup plans in case the phones are lost are very important considerations. Read the statistics below and then learn how to protect and create backup plans for your smartphone safety.

Below are some high level smartphone theft statistics that cell phone owners must pay attention to if they want to protect their phones because wisdom is learning from mistakes made by oneself or others.

Read a review of the Lookout product after reading smartphone theft statistics to protect your phone.